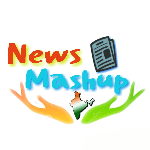 Every Indian Cricket lover will remember the 2007 T20 Cricket World Cup which was held in South Africa.

Time flies and all we have is memories. In was year 2007 when first ever T20I World Cup was held which was hosted by South Africa.

And much of a surprise and unexpected it was Team India led by the MS Dhoni who were merged has the Winner of the first ever T20I World Cup. India was probably the most under-rated team entering the tournament.

Today on 19th September 2019, we mark the 12-year anniversary of Yuvraj's historic feat to the record books by hitting six consecutive sixes off England bowler Stuart Broad during the India-England match of the ICC World Twenty20.

Yuvi scored 50 runs in just 12 balls in that match. It's still a T20 International Record!

Till now, only Six batsmen in the history of world cricket that a batsman hit a six off each of the six balls of an over.