3 batsmen who have hit most sixes in T20 International cricket 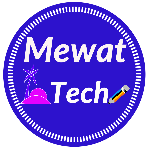 In the modern era, T20 cricket is overshadowed in the whole world. Today, viewers are more interested in watching T20 matches. Ever since T20 cricket came into the cricket world, people have lost interest in ODI and Test cricket. In T20 cricket, it is good to see the spectators scoring fast runs and when the batsman plays big shots, people like him very much. Most people come to the stadium to see the rain of sixes.

People want that every ball has fours and sixes, the rain of sixes on the field makes every cricket lover happy. Due to the sixes in T20 cricket, today we are going to tell you, which three players have the most sixes in T20 international cricket. 1. Rohit Sharma

Chris Gayle is an explosive opener batsman in the West Indies who can beat any team and any bowler in his day. Chris Gayle also plays T20 cricket running all over the world, where people like him very much. Chris Gayle, like Rohit Sharma, easily hits big sixes.

Chris Gayle is second in the list of sixes. He has hit 105 sixes in 58 matches. He is also known as Universal Boss.

Martin Guptill has also earned a name in T20 cricket. They also have the ability to hit sixes very easily like Rohit and Gayle. It ranks third in this list. He has hit 103 sixes in 76 T20 matches.