5 Occasions When Cricket Matches Were Called Off Due To Violence 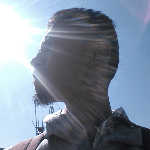 DISCLAIMER : The Info/Data here have been collected from different sources and does not reflect UC news' views . And please guys do not forget to Like and Comment. I work alot on these articles, Your response will motivate me further

Perhaps one of the worst reasons for play to get disrupted during a cricket match is crowd violence. There has been a number of times when there was trouble on the cricket field due to a riot initiated by the crowd.While such incidents generally tend to happen when the home side is in a losing position, there have been cases where issues with the ground authorities or infighting among the crowd triggered a riot. Whatever the cause, these incidents left an indelible mark on the history of cricket.Let’s look back at some infamous instances of crowd violence which forced a match to be either abandoned or halted for a long time.

Vanburn Holder was the ninth man out for the Windies.
Fans invade the pitch during the 2001 NatWest Series
Policemen take a measure of the situation post India’s 1996 World Cup semi-final
The stadium at Karachi is engulfed by the crowd during the Test