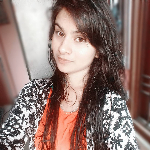 Cricket is a awesome game, most of us love to watch matches of top cricket teams. But sometimes something special happens in matches of weak teams. Today we are talking about a T20 match between Afganistan and Zimbabwe.

You might have heard about 6 sixes in 6 balls but this In this match something even more remarkable happened when Afganistan's batsman Zardan and Nabi hit 7 consecutive sixes.