Apart from Saurav Ganguly, these officials will be commanded BCCI 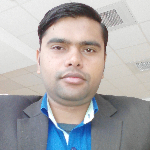 The Board of Control for Cricket in India (BCCI), the world's most powerful and wealthy cricket board, will now be in new hands. Former captain Saurabh Ganguly will be its chairman.

This team will take charge on 23 October. We want to tell you about the new team of BCCI.

Saurav Ganguly, one of the most successful captains of Indian cricket team, has been appointed as the Chairman of the Board of Control for Cricket in India (BCCI).

Ganguly retired from international cricket in 2008. Ganguly is credited with giving a new look and clan to the Indian team. He has scored 7212 runs in Test cricket and 11363 runs in ODIs, including 38 centuries.

Jai Shah, son of Union Home Minister Amit Shah, will be the next secretary of the BCCI. Jai has done his B.Tech from Nirma University, Ahmedabad. In 2009, he became the Executive Member of Gujarat Cricket Association (GCA) and in 2013 he won the election of joint secretary. In the words of former Indian Premier League chairman Rajiv Shukla, 'Jai Shah has contributed immensely to the BCCI in the last nine years. He has been a part of BCCI meetings.

board of control for cricket in india sourav ganguly bcci