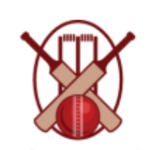 Bangladesh team is struggling with the issue with BCB, due to which the tour of India also seems to be in danger. Meanwhile, Bangladesh Prime Minister Sheikh Hasina has appointed ODI captain Mashrafe Murtaza as an arbitrator to settle the ongoing dispute between the country's cricket board and cricketers.

According to the report, the players will meet the BCB officials. Local media quoted BCB Director Mahbubul Anam saying that Hasina had spoken to Murtaza about this. BCB CEO Nizamuddin Chaudhary said, 'After the media conference on Tuesday evening, I spoke to a senior player who told me that they would contact me after talking among themselves.

On the other hand, Cricket's Global Players Representative Group has supported the ongoing players strike in Bangladesh over salary and other benefits. The Federation of International Cricketers

Associations (FICA) has also commended the players for getting uniting and taking steps for appropriate conditions.

FICA executive chairman Tony Irish supported the players by releasing a statement on Tuesday. "This happened despite the challenging environment for the players to unite in Bangladesh and this is a clear indication that there is a need to change the way players are treated in important cricketing countries,"

New BCCI President Sourav Ganguly said on Wednesday that Bangladesh tour of India will not face any problems and the tour will be as per the schedule.

Ganguly said that Bangladesh Prime Minister Sheikh Hasina has agreed to be present for the second Test match to be held in Kolkata. Ganguly said in a press conference after taking over as BCCI President.

The second Test match between India and Bangladesh will be played in Kolkata from 22 to 26 November. Ganguly said that he had sent an invitation to Sheikh Hasina for this match.