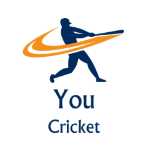 The Indian women's ODI cricket team going on a tour of the West Indies has been announced. In this 16-member team, wicketkeeper batsman Sushma Verma has also been included. This team will be led by Mithali Raj.

The Indian women's cricket team's tour of the West Indies will begin from 1 November, where the Indian women's team has to play three ODIs with the host country as well as a series of five T20 matches.

At the same time, the T20 team announced for this tour will be led by Harmanpreet Kaur. Recently, there has been only one change for the West Indies tour in the women's team playing the home ODI series against South Africa, Sushma Verma has been included in this team. While no changes have been made in the T20 team.

It is to be noted that at the present time, in the ongoing five T20 matches series with South Africa, host India is leading 1-0. At the same time, the ODI series will begin in Antigua with the West Indies from November 1. After this the series of 5 T20 matches will be played in St. Lucia and Guyana.