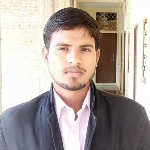 The three-match T20 series between India and South Africa begins on Sunday. The first match will be played at the Himachal Pradesh Cricket Association Stadium in Dharamsala on 15 September. After this, a three-match Test series will be played from October 2

Quinton de Kock is given the command of the T20 and One-Day team. De Kock is one of the experienced batsmen in the Proteas team. They have performed well in T20. In four T20s against India, De Kock has scored 153 runs at an average of 38.25.

Kagiso Rabada is considered one of the best bowlers in international cricket at the moment. South African team is proud of this dangerous bowler. He played 25 wickets in 12 matches of IPL playing for Delhi. These bowlers can pose a threat to Team India.

David Miller is considered the star player of South Africa. This middle order batsman has a lot of ability to change the match. The Proteas batsman, who played for Punjab in the 12th season of IPL, batted well. Team India will also have to stay away from Miller.

Enrique Nortje may debut against India. The South African team is confident of this bowler that he can show off his bowling feat.

Rasi van der Dusan is known as a dangerous South African player. And he is also the vice-captain of the team. He was included in the team in place of former veteran batsman AB de Villiers.