De Kock played 36 T20I Matches: See who is best between De Kock and Rohit after 36 matches 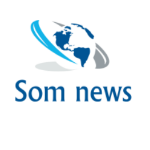 Hi friends welcome to our UC News Channel. South Africa’s T20I captain and opening batsman Quinton De Kock and Hitman Rohit Sharma are ruling the cricketing world with their spectacular batting skills on any ground especially in the T20 Cricket.

Now the question arises, “Who is the Best bowler in the Test Cricket among these two?” For that, we have analyzed their individual performance after completion of 36 T20I matches as De Kock has played 36 T20 matches so far in his career.

Friends as per you, who is the best Batsman in T20I cricket among Rohit Sharma and Quinton de Kock? Please put your views in the comment box.