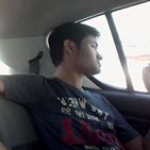 Few would have seen it coming, especially after south Africa's top order failure on the second evening, but Dean Elgar along with faf du plessis first and then de kock put on the sort of batting display that'd change the mood of dressing room.

Mayank agarwal first first century in test match and rohit sharma first player of india be as opner 100 run in all format.