First T20 match canceled, second T20 match to be held on this day 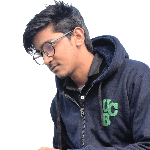 The first T20 match between India and South Africa has been canceled due to rain. Let us tell you that it was raining before 3:00 pm before the match started. Due to which the match was canceled without being tossed. The rain was expected to stop as soon as possible. But nothing like this happened and cricket fans are very disappointed due to the cancellation of this match.

Shreyas Iyer played his last T20 match against Sri Lanka in the year 2017. After which he could not make his place in the Indian team. But in the second T20 match he can make his comeback.