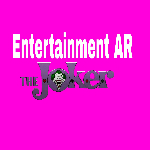 In a viral video recorded during a Sheffield Shield match, a batsman kept running across the stumps even after the ball he hit raced away to the boundary giving him four runs.

The funniest part of the incident was while the batsman who hit the ball was busy running, the other batsman on the non-striker end was standing firm.

Captioned, "When the phrase 'save your legs' means nothing to you #SheffieldShield," the video was shared to Twitter by Cricket Australia.

The incident left everyone in the stadium with laughter including the commentators. "You can't get any more than four," said one commentator. "You just ran eight," said another.