If Rohit will open the Innings, then this will happen which did't happen before. 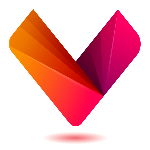 Former batting coach of the Indian team Sanjay Bangar expressed happiness over Rohit Sharma being given the responsibility of the Test opener. Bangar has advised Rohit to bat in his style.

New Delhi Rohit Sharma has been included in the Indian Test team for the first time as an opener. Prior to this, he has been seen playing from third to sixth place in the team. Former batting coach of the team Sanjay Bangar has given his reaction on Rohit being selected for the opening.

They believe that if Rohit is successful as an opener, then the Indian team can succeed in chasing any goal in the Test.

Rohit Sharma has been given the responsibility of the opener in the Indian Test team in place of KL Rahul. Rahul had failed to give India a good start in the last several series. He was able to score just 101 runs in four innings of the Hassila Test series played against the West Indies.

Bangar said on Rohit being selected as an opener, "The middle order of the Test team is very good right now and there is no place left in it. Opening will be a new challenge for them as they have not done so in this format so far." They will get the benefit of facing the tough ball as there will be a lot of gaps in the fielding position. The most important thing is that they will not have to wait for their turn to come, which is their value. That save energy. "

"If he is successful in the opening, then his playing style will help the Indian team a lot. It can also happen that India can also achieve the target which has never been done before. As with India Took place in Cape Town and Edgbaston. "