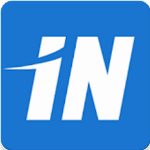 Dharamsala: The first T20 cricket match between India and South Africa at Dharamsala, an international cricket stadium in the evergreen Dhauladhar hills of Himachal Pradesh, has been cancelled without putting a single ball in the rain. The rain could not even taste.

The match had to be cancelled without putting a single ball in place due to delay in toss due to rain. Thousands of spectators faced disappointment due to the cancellation of the match.