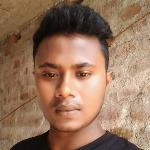 There are some such incidents during cricket matches when these events are discussed more than matches. Today, we are telling you about a similar incident where the audience had left watching the match and started watching this couple.

One such incident was seen in the match of India and Pakistan in World Cup 2019. This incident was recorded on camera. After this, all the spectators sitting around started seeing these two.

This scene was so romantic that this incident was shown on screen several times during the match. The boy proposed to a girl sitting next to him and after that the girl accepted his proposal and hugged him in front of everybody.

Let me tell you that in this match, India defeated Pakistan easily. So far the Indian team has not lost to Pakistan in the World Cup.