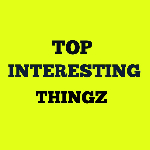 Arguably the best batsman in the world at the moment, Virat Kohli is hardly anything like the universally-loved, happy-go-lucky cricket icons he grew up idolising. Infact, he is perhaps their antithesis – unapologetically aggressive, extremely athletic, and driven by unrelenting ambition. His skill, dedication, focus and unflinching determination on the cricket field has earned the admiration of one and all, while his swagger keeps the marketing guys interested.

In 2006, he was playing a Ranji match against Karnataka when his father passed away. But he batted on the next day and scored 90 runs.

Virat became the first ever cricketer to score a century on World Cup debut in 2011.

Virat is the only player in IPL to never be auctioned.

The consistency of a player can be known through the number of franchises he has played for in the Indian Premier League. A player can be considered extremely consistent if he has just played for 1 franchise since 2008 in IPL. Virat Kohli is one such player who has played all the IPL seasons for the Bangalore-based franchise.

He loves when his mother cooks Mutton Biryani and Kheer for him. He licks his finger while eating that, literally.

This one is a major Aww! Both Anushka and Virat were spotted wearing the same dog tag chains. Well, it is their “thing” we guess.