IPL-2020 will be auctioned on this day in Kolkata 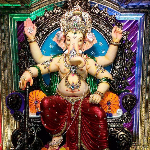 The bid for IPL-2020 will be on 19 December this year. The players will be auctioned in Kolkata for the 13th season of the IPL. Traditionally the process of IPL auction was completed in Bengaluru, but thereafter the auction for IPL-2019 took place in Jaipur. Kolkata, the capital of West Bengal, is the host city of the Kolkata Knight Riders team co-owned by Bollywood star Shah Rukh Khan.

After the auction last year, Delhi Capitals had the highest amount of Rs 8.2 crore left. At the same time, Royal Challengers Bangalore had the least Rs 1.8 crore in their account. This time the franchisees will get an additional Rs 3 crore. Last year, the team of Mumbai Indians and Chennai Superkings reached the final. Then Mumbai won.

All franchisees will be allocated Rs 85 crore for this season, with the help of which they will have to form their own team. However, all the teams will also have an additional money of 30 million. The Delhi team currently has the most outstanding dues in the auction.