KL Rahul has Crush on this divorced actress 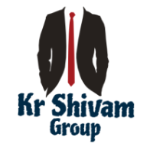 When KL Rahul opens up about his Crush ;

Remember When KL Rahul and Hardik Pandya visited the chat show 'Koffe with Karan' and it was the most controversial episode of the entire season. Everyone remembered the Hardik Pandya's comments on his private life.

That's why KL Rahul comments weren't highlighted. But we covered up that story, When KL Rahul said he has crush on Maliaka Arora .

Malaika Arora is 19 years older than KL Rahul and she's also divorced. But after his confession, Maliaka never replied to this comment.