Let's have look at the greatest batting performance by Sachin in his entire career. 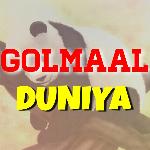 Hello friends. Welcome to our channel. Today we are going to talk about one of the greatest innings played in the entire history of cricket.

It was the 4th test match of the series played at Sydney. This epic series, evenly poised with 1–1 after three tests, had seen it all.

1st test at Brisbane was drawn after Sourav Ganguly's fantastic knock of 144.

In the next test at Adelaide, Dravid and Laxman created their second miracle and Agarkar produced a life time spell to provide India a historical lead of 1–0.

With return of Brett Lee, the hosts came back at their best in Melbourne and levelled the series despite Sehwag’s breath taking knock of 195.

Going into the final test of Border-Gavaskar series on his own homeland, Steve Waugh had one last chance to win the Border- Gavaskar trophy.

But there was a very important thing that was missing from the series.

It had not seen something which it was used to seeing: Sachin's master class.

Having been repeatedly out caught behind trying to play a cover drive, a shot which used to be a his favorite shot, Sachin was rarely seen such woefully out of form. Even in the second innings at Melbourne, when he scored 44, he had shown snatches of his best form, but got out to a snick again playing the same shot.

Even Shane Warne, who wasn’t playing the series, was surprised to see Sachin practicing for 10 long hours in the nets still failing to make his presence felt on the real pitch.

Australians thought that they had figured out the weakness of the world’s best batsman. But he was Sachin Ramesh Tendulkar though. In his entire career, he thrived on challenges. Doubts and criticism could never pull him down. Rather it made him even more stronger.

Coming into the fourth test of the series, Sachin Tendulkar took an outlandish decision as he decided not to play his trademark shot, a shot which made him what he was- the cover drive.

Sachin walked out to bat 20 minutes after lunch in a full packed iconic Sydney ground on Day one with the score on 128–2 following the loss of two quick wickets.

While he walked into the middle, he looked into a deep meditative thought. He was programming his conscience to a level where even a decent batsman never ever dreamt of reaching to.

Australia had a simple plan on the basis of the last five innings — bowl outside off deliveries, keep things tight, pack offside with fielders and he would get himself out.

Jason Gillespie, Brett Lee and Nathan Bracken ran hard to fire outside off deliveries one after another, but Tendulkar virtually let go of all the balls that swung out of the off-stump. They came near to him and joked about it to break his concentration, but he was immune to all.

He rather made Aussies bowl at his stumps instead of going to them. And whenever they did, he lowered down his shoulder elegantly and brought his wrists into the action to bend the direction of the ball into the leg side producing magical boundaries.

The day ended with Sachin being not out off 156 deliveries out of which 101 were delivered outside the off stump. Sachin scored 12 boundaries and none came as a cover drive. His control amazed both the spectators and commentators.

On the second day, he batted from where he had left. Ball by ball, minute by minute, over by over, hour by hour and session by session the day progressed and Sachin kept finding the gaps on on-side with ultimate precision.

Many outside the off deliveries were sent searing past the non-striker with impeccable timing which was termed as Tendulkar’s Straight Drives.

They bowled outside off and he left. They came at him and he put it away. They missed their line with tiniest of fraction and he sent it over the fence with gorgeous timings.

A leg glance off Simon Katich brought up his century and the way he, one of the calmest batsmen ever, punched his fists into the air, it showed how much he waited for this one.

The Master removed his and the game’s greatest stroke- the cover drive - from his dictionary because it had been causing him too much grief and went on to play a remarkable innings of 241 runs off 436 balls and remained not out. He didn't stop there and scored 60 runs in the second innings. India dominated the match but Australia somehow managed to draw the match.