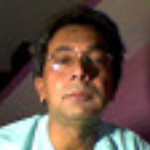 Ireland and Papua New Guinea secure place in the next T20 World Cup. They got top two spots in the group level matches among 14 teams, divided into two groups.

Papua New Guinea defeated Kenya in the last encounter while as Ireland, who did not even play, who would top their respective groups spots in the semi-finals.

Meanwhile, The Netherlands, Scotland, Oman, The UAE and Hong Kong kept their hopes alive by securing top four finishers and a place in the play-offs.

The Netherlands, Namibia and Scotland finished second, third and fourth spot respectively in Group A while as Oman, The UAE and Hong Kong got through from Group B.

The Netherlands will taken on the UAE while as Namibia will encounter Oman in the semifinal play-offs. The winner of these matches will qualify for the semifinals and also earn berth for the T20I World Cup 2020.

Scotland and Hong Kong will contest in the fifth place playoffs. Two among these six teams will be eliminated from the T20I World Cup qualification race.