Rishabh Pant received this warning from team management, Gambhir gave a this reply 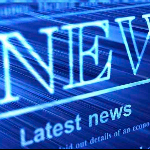 India lost in the third T20 match against South Africa. After which questions have been raised once again on Rishabh Pant, who is being considered the successor of Mahendra Singh Dhoni. Pant has been playing as the main wicketkeeper of the team since Mahendra Singh Dhoni took a break at the international level, but he is constantly failing.

After Rishabh Pant's consistent failure in all three formats of cricket, chief selector MSK Prasad also gave him warning in gestures. The chief selector of BCCI selection committee, MSK Prasad had said that he was eyeing Ishaan Kishan, Sanju Samson and other wicketkeepers as an alternative to Rishabh Pant.

Earlier, head coach Ravi Shastri had already made it clear about Rishabh Pant that this wicket-keeper batsman cannot repeat his mistakes continuously and if he did, he would have to bear the brunt. Team India head coach Ravi Shastri also said that if Rishabh Pant keeps repeating the mistakes made during the tour of West Indies, then he will have to bear the brunt of it.

... when Pant and Iyer got up together to get number 4 in Bengaluru

Gautam Gambhir has said that it was disappointing and frustrating to see that team management is using words like fearless to careless for Rishabh Pant. I can see, Rishabh Pant, instead of scoring runs, is looking to play for his place.

Gautam Gambhir said in an article in the Times of India that this way of handling a young batsman is not right. The team management is giving Rishabh Pant a chance at number four in a row, but Pant has not yet proved to be a regular performer on this line.

Captain Virat Kohli also said that the youth will have to prove themselves only by taking advantage of 4-5 chances. While batting coach Vikram Rathore also questioned Pant's attitude.

Let me tell you that after winning the second match of the three-match T20 series against South Africa by seven wickets, Team India suffered a 9-wicket defeat in the third T20. The first T20 match in Dharamsala was rained down. The three-match series ended 1–1.