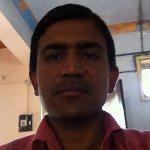 Friends Who do you think is the best wicketkeeper batsman between Rishabh Pant and Sanju Samson? Let us know in the comments and if you liked this article, like, share and follow.