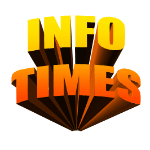 Hit Man is very elegant player who has the ability to hit the maximum number of sixes with ease. He is very dangerous player in shorter format of player when he gets going. There is no bowler to stop the run flow when he is in good form. Rohit Sharma is very calm and composed player.

Rohit Sharma has shown his potential as a opener in the test match against South Africa. He has been brilliant in form and as always home advantage also given him scope to score big runs. He scored almost a double century in the first innings and a century which is very quick in the second innings.