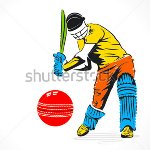 The International Cricket Council (ICC) has banned Sri Lankan spin bowler Aquila Dhananjay for one year for bowling in international cricket. The ICC has taken this decision after examining Dhananjay's bowling action.

There was a complaint about Dhananjay's bowling action during the Test match played against New Zealand from August 14 to 18 in Gaul. After which he had a bowling test in Chennai on 29 August. After which it was found that his bowling movement is wrong as per ICC rules.

This is the second time Dhananjay has been banned for bowling. Earlier in December 2018, he was banned by the ICC after a Test match played against England in Gaul. Which was removed by the ICC in February 2019 and he was selected in the team for the ODI series against South Africa.

This is the second time his action has been found to be suspicious due to which he was banned for 12 months. After the ban time is over, he may again ask the ICC for a bowling action test.

Dhananjay has played 6 Tests, 36 ODIs and 22 T20 Internationals for Sri Lanka so far and has taken 106 international wickets in all three.