Team India's first day-night Test match to be played in this stadium! 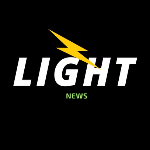 The Board of Control for Cricket in India (BCCI) wants to conduct the second match day and night during the upcoming two-match Test series between India and Bangladesh. India's first day-and-night night Test at the historic Eden Gardens in Kolkata could be. However, Bangladesh Cricket Board (BCC) is yet to agree on this.

BCB cricket operations chairman Akram Khan told reporters on Sunday, "They (BCCI) have given us (a day-night test) proposal and we will let them know after discussing it. In this regard, we have two-three A letter has been received the day before and we will take a decision in this regard. But we have not discussed it (yet). We will let them know about our decision within a day or two. "

Whereas earlier, Sourav Ganguly had raised the issue of conducting day-night Test matches in India.

board of control for cricket in india test match