Team India hunt is almost over, these 4 are fierce contenders, no. 3 is everybody choice! 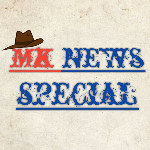 India have won 2 - 0, 3 - 1 and 2 - 0 in the T20, ODI and Test series held in West Indies between India and West Indies shortly before. The number four player in this series did not fare well. A new player is being searched for number 4 for further matches. For which 4 contenders have appeared.

There is competition among these 4 youth

Coach Vikram Rathore has been assigned the task of selecting the number 4 in the Indian team. Because the team wanted to get rid of the problem for a long time. These four contenders are very strong, so it is very difficult to choose them.

Shubman Gill is the best player to attract the attention of the people with his best performance since the Under-19 World Cup 2018. He has scored only 16 runs in only 2 matches of his international ODI career. The player, who performed brilliantly against West Indies A, can be tried for number 4 in the team.

Manish Pandey is the best player to score 440 runs in 23 matches. He scored 132 runs in five ODIs against South Africa A, captaining India in the first three ODIs. They are also strong contenders for Team India's No.4.

Shreyas Iyer, who batted at number five during the West Indies tour, had scored 346 runs at an average of 49.42. Which includes 2 fifties. He can also be ranked as the fourth player of the Indian team.

Sanju Samson is the finest player in Kerala domestic cricket. He has also performed very well in IPL. Given his superb wicketkeeping batting, he can also be ranked as the fourth player in the team.