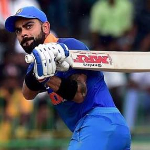 The first T20 match between India and South Africa will be played from 7:00 pm today. The first match of the three T20 matches between India and South Africa will be held in Dharamshala today i.e. Sunday, in which the Indian selector has given a chance to new faces. The aim is to find more talented new faces ahead of the ICC t20 World Cup in Australia next year.

If we talk about the recent tour of West Indies, the Indian team won the series of 3 T20 matches 3–0 and with confidence they would like to repeat the same success against Africa at home ground.

The Indian team has seen changes in bowling somewhere. Jasprit Bumrah, Bhuvneshwar Kumar have not been included in the team. The big reason for this is the test of new faces before the World Cup, Team India and Navdeep, Deepak and Khalil have been given the opportunity to show their talent.