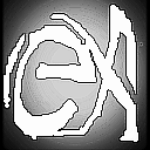 The urn goes to Australia but Ashes 2019 is a stalemate. The score is deadlocked at 2-2. If Australia had Steve Smith and Pat Cummins, Ben Stokes along with Stuart Broad proved to be antidotes for Australia as well. Coming into this Test, Australia sensed they can break the jinx which has been standing tall since 2001. But the moment Paine decided to field first, Australia just haven't driven home the advantage.

England's 294 was traded off by a measly 225 by Australia. The lead for England gave them the much needed shot in the arm and they ended up scoring more than 300 in the second innings thanks to a cocooned 94 from Joe Denly.

Australia needed a more robust effort from their openers but Warner fell prey to his nemesis Broad and joined a dubious league of players who have been dismissed 7 times in a series by one particular bowler.

Marnus Labuschagne for a change also didn't trouble the scorers much as his innings was cut short by Jack Leach. But the biggest blow of them came when Broad had Smith caught at leg gully. That almost killed off any little hope that Australia had. But then the hopes were rekindled by Wade's brave effort.

He ended up with a ton but that was never going to be enough. As far as the Test championship is concerned, 56 points each to both the teams from this series.