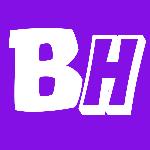 Sourav Ganguly took responsibility as the Board President in this month. The first day-night international test is to be held on Indian soil. The second test is scheduled to be held in Eden from November 22. That test will be played in pink ball.

With the positive attitude of India skipper Virat Kohli, the new board president Sourav Ganguly proposed to play the second Test in Eden by pink ball. With the consent of the Upper Bengal Cricket Board, the first international day and night test is going to be held on the soil of our country.

After becoming board president, Sourav Ganguly put his proposal directly in front of Team India captain. Virat Kohli gives a positive opinion about the game with pink ball. Sourav proposed to the Bangladesh Cricket Board to play a day and night test.