The Most Short Tempered Cricketers That Cricket Has Ever Seen 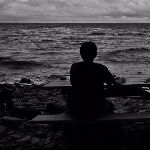 The Gentleman’s game, some might call it but the neo age, big money making and restless lot have very less hold on their temper. They are no exception to short temperedness cause of the dynamism of the game, not to mention very low resilience to things not going in their favor. So, following are the cricketers who have been abusive whilst playing:

Our skipper tops the list. He is sharp and talented and has zero tolerance. He wears his heart on his sleeves and does not camouflage his emotions showing his anger on the field and in the game pretty explicitly. The number of spats he has entered into inter and intra teams is just an incredibly long list.

He was also very vocal with the frustration showing on his face. In fact, he has openly been recorded grabbing Marlon Samuels’ shirt. Tension was visible on both sides when Warne would give a piece of his mind to the opponents. To such people, controversies follow like shadow.

He too boasts of a short temper. His spat with Virat Kohli was a scary sight during the yesteryear’s IPL. Some of his memorable squabbles also include squaring up against Kamran Akmal and Shahid Afridi on different occasions.

Nicknamed “Iceman”, his temperament is certainly opposite of the same. He once famously abused the 6’7’’ West Indian giant Curtly Ambrose, who was agitated and ready to give him a big piece of his mind and fists then and there.

The former Pakistani fast-bowler. He had temper issues when he played the game where he would openly use cuss words at the field. However, now when he is part of various news channels for expert opinions, he once let his anger towards Captain Misbah-ul-Haq show where he went on to call him 'selfish' and 'a coward' and criticized Coach Waqar Younis over his lack of a proper game-plan.