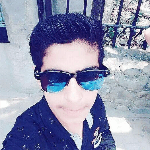 MS Dhoni Is One Of The Finest Cricketers,World Has Ever Produced. He Is A legend in our hearts and also in the books of history. He Has Done So Much For Indian Cricket. His leadership skills are unparalleled, his understanding of the game highly effective and his brute strength makes him a dangerous batsman.Here We Present Top 5 Unknown Facts About Our Own Captain Cool MS Dhoni.

He made his ODI debut in the year 2004 against Bangladesh and got run out in the very first ball.

He Was Recommended As Captain Of Team India By Sachin Tendulkar And The Rest Is A History.

He has also made history by winning the ‘ICC player of the year’ award twice. He remains the only player to win it twice.

MSD loves fast bikes. He has 48 of them, and counting!

According to Forbes, MS Dhoni’s net worth is $90 million which makes him No. 2 on the list after Master Blaster Sachin Tendulkar’s net worth.