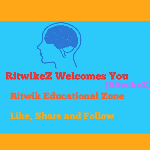 Rohit Sharma is one of the best fielders in the Indian team. He never failed to shock his fans with some edgy fielding. He, Virat Kohli and Suresh Raina were literally a squad at fielding which no person on the commentary booth could resits from appreciating.

Ravindra Jadeja is a blessing for the world cricket. He is the best fielders in the Indian team.This guy makes worth watching the Indian team fielding just existing the field. In the 2019 World Cup, this guy was sent four matches as a substitute fielder and he took more catches than the other teammates who were actually part of the match. He is like Mount Rushmore of fielding. He made massive contributions in victory of Indian team with his fielding skills. His fielding skills made him a permanent member of the playing XI of the Indian team.