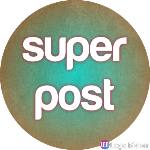 The ICC Test rankings have been announced after the second Test match played between India and South Africa at the Maharashtra Cricket Association Stadium in Pune.

Significantly, in the first Test, India scored 601 runs in the first innings, where Virat Kohli scored an unbeaten innings of 254 runs, scoring the seventh double century. Kohli was also adjudged Man of the Match for this innings.

After playing an innings of 254 runs, Kohli has gained 37 points in the ICC Test rankings. Now Kohli is at second place with 936 points. Virat Kohli had 899 points in his account till the Pune Test.

Kohli is just one ratings point behind Steve Smith, who beat Virat Kohli during the Ashes series.

Steve Smith holds the first position in the ICC Test rankings with 937 points. However a Test match against South Africa is yet to be played. In such a situation, Kohli can become number 1 again due to strong performance. Significantly, during Ashes 2019, Smith scored 774 runs in 7 innings of 4 matches at an average of 110.57. In these 7 innings, Smith's bat had yielded 3 centuries including a double century (211).