Who has the highest wealth in Sachin, Dhoni and Virat, See 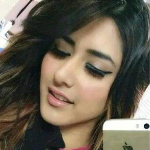 The Board of Control for Cricket in India (BCCI) is called the richest cricket board in the cricket world, while the Indian players are considered to be the richest cricketers in the world, in such a situation, today we will tell you about Sachin Tendulkar, Mahendra Singh Dhoni and Virat Kohli of India. You will know that you have more assets. So let's see and know.

If we talk about the annual earnings of Sachin Tendulkar, then he earns more than 50 crores rupees in a year. Surprisingly, he has not played any international cricket for the last five years. Even after that, many endorsements rely on Sachin Tenulkar. Even though Sachin Tendulkar has retired from cricket, but he is still India's richest cricketer, with Sachin Tendulkar having the highest amount of Rs 1066 crore.

Mahendra Singh Dhoni, who earned India a World Cup in 2011 on the strength of his captaincy, is also a earning cricketer. Today it is the brand ambassador of Dhani App, Lava and Sneakers India. Today MS Dhoni, who is on the threshold of retirement, currently has assets worth Rs 734 crore.

At present, Virat Kohli is not only a talented player of the Indian cricket team but also a captain. He has not only set many records in the history of cricket on the basis of his hard work and talent, but has also created a different place in the hearts of the audience. Please tell that Virat Kohli is also in discussion about his earnings besides his game. Let us tell you that he has assets worth 390 crores.